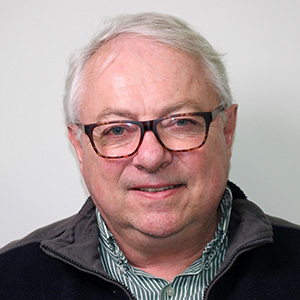 Rob Howell received his PhD in Germanic Linguistics from  Cornell University in 1983 and has been on the faculty at the University of Wisconsin, Madison since 1984. He teaches early Germanic languages, historical linguistics, sociolinguistics and dialectology as well as modern German and Dutch. Professor Howell’s research interests range from early Germanic phonology and morphology to the effects of migration and urbanization on early modern Dutch and German urban vernaculars. He has served as Chair of the Department of German, Director of International Academic Programs, Associate Dean of International Studies and is currently Faculty Director of the Language Institute. Professor Howell has held various fellowships to conduct research in the Netherlands and Germany and has received a university Distinguished Teaching award.