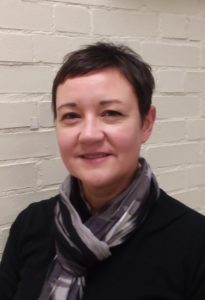 Claudine Clark has been a French teacher since 2001 at Madison East High School, and a Wisconsin public school teacher since 1995. She currently teaches French and Facilitated Language Study, a program implemented in 2009 that brings access to less-commonly taught languages to high school students in a non-traditional, community tutor-based model with partnerships across the city. In 2001, she was selected to participate with the University of Madison African Studies Program in a Fulbright teacher experience in Benin, West Africa. She has presented at numerous conferences, both national and international, including the Wisconsin Association of Foreign Language Teachers, the Congrès Mondial des Professeurs de Français and the National Council of Less-Commonly Taught Languages.  She was a mentor teacher in the Teachers of Critical Languages Program (TCLP) for 3 years and continues to work closely with former and current mentor and exchange teachers and TCLP administration. Most recently, she was named Wisconsin Global Educator of the Year for 2017-18.